The purpose of this article is to explain the options under the DCA Wrangler Decline Parameters menu.

The Parameters menu is used to adjust the parameters and thresholds of the decline algorithm.

The Oil, Gas, Water, GOR, Yield, and WOR submenus are used to select the decline algorithm for the streams. The algorithm's parameter thresholds are also set in these submenus.

Forecast parameters determine the length of the decline and if the decline will use a previous output to anchor against.

The DCA Wrangler uses declines stored in the database to “anchor” the autocasting engine.  Using anchoring, the engine will attempt to “update” the previously stored forecast using new data since the model was saved.  In updating, the engine will employ the Eliot Tie method, which:

If the change in data is too great (5%), the engine will honor the previous forecast decline rather than the data. 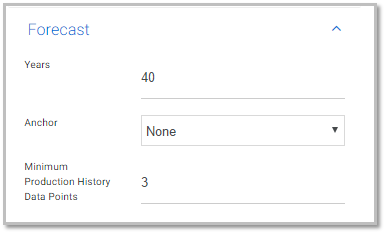 When creating and comparing type wells, it is important to normalize the production data against a common differing property associated with the well or its location. DCA Wrangler can normalize by linearly scaling individual well history based on a normalization column and value. 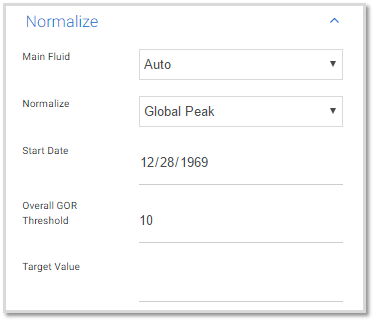 Fluid Limits are economic thresholds that will end a decline if the decline curve forecast moves outside of the specified range. 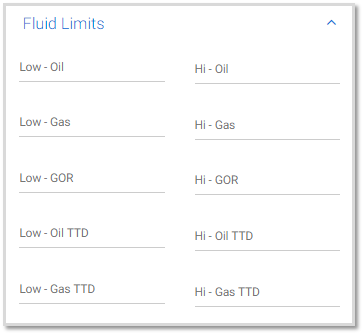 A type well is a pseudo-well that is usually created by averaging the production rate from many wells. Its intended use is to determine the production rate that can be expected from a new well(s) based on the performance of analogous wells. It may also be used as a benchmark to provide confidence in individual well forecasts for a group of similar wells. These use cases make Type Wells necessary for portfolio management, play inventory ranking, budgeting and forecasting processes, and business case analyses. 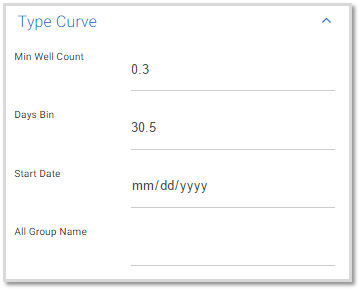