The purpose of this article is to explain the DCA Wrangler Decline button and Editing Declines.

Pressing the Decline button will generate declines for the wells that are currently marked using the Autocast algorithm.

After the decline has run for a well and the user is in the Single Well View, the user can edit the decline curves for each stream with hotkeys (as described in the Help Menu) or by using the control points right on the plot itself. As the user adjusts the curve, the parameters update in real-time and are overlaid on the chart.

The user can also edit previously Saved declines brought in to the project with the Sync button. To edit a saved decline for a well, the user can either anchor by it or update it for each well. In the manual well mode, the user can click on a model name to edit its curve. When the model name is clicked, it copies the curve to active.  The user can then update active and save the active curve.

IMPORTANT NOTE: In order to switch between streams during an edit session, use the hotkey "F". The stream must be on the plot in order to edit the stream's decline curve. 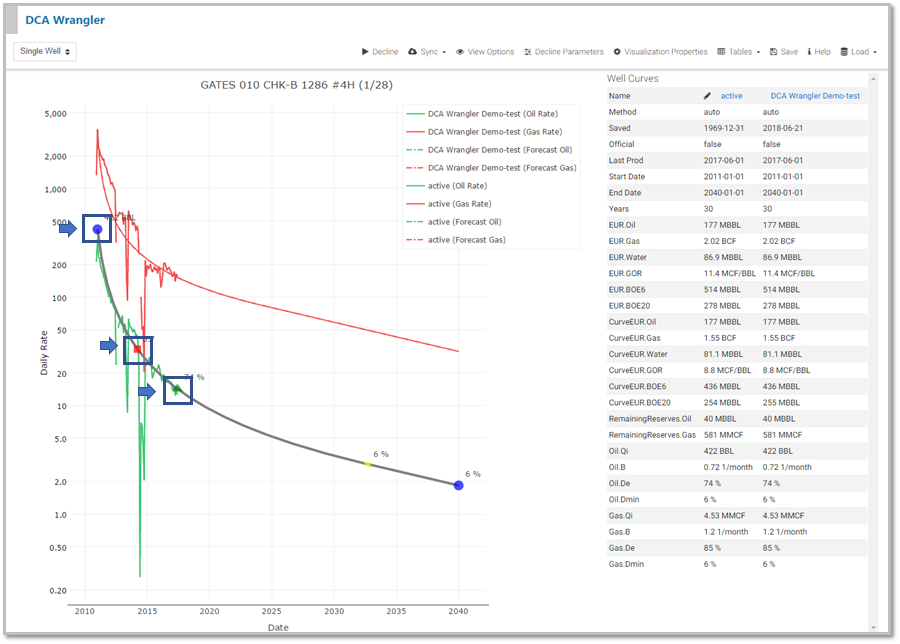 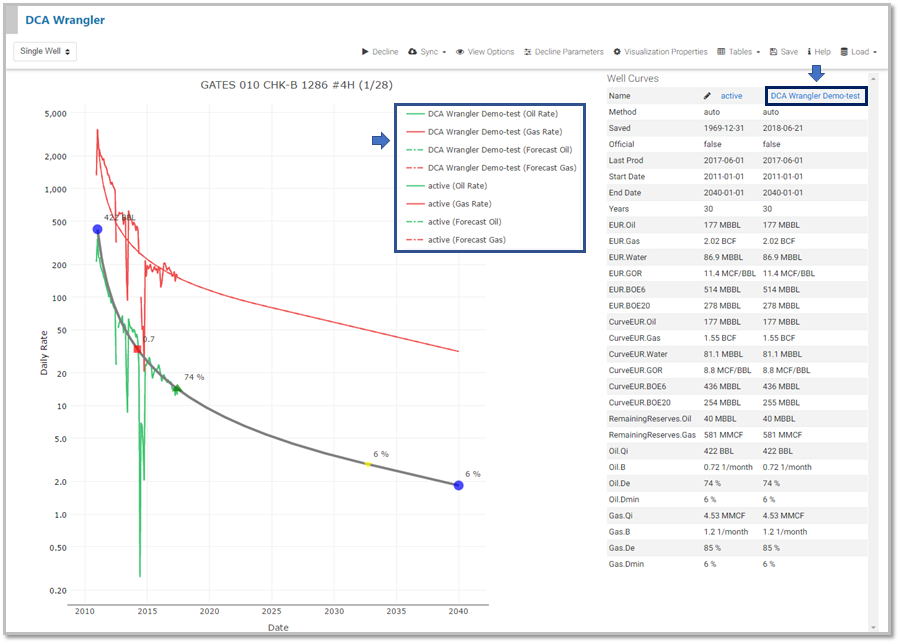 Users can also manually edit the linear piecewise parameters for GOR and Yield. 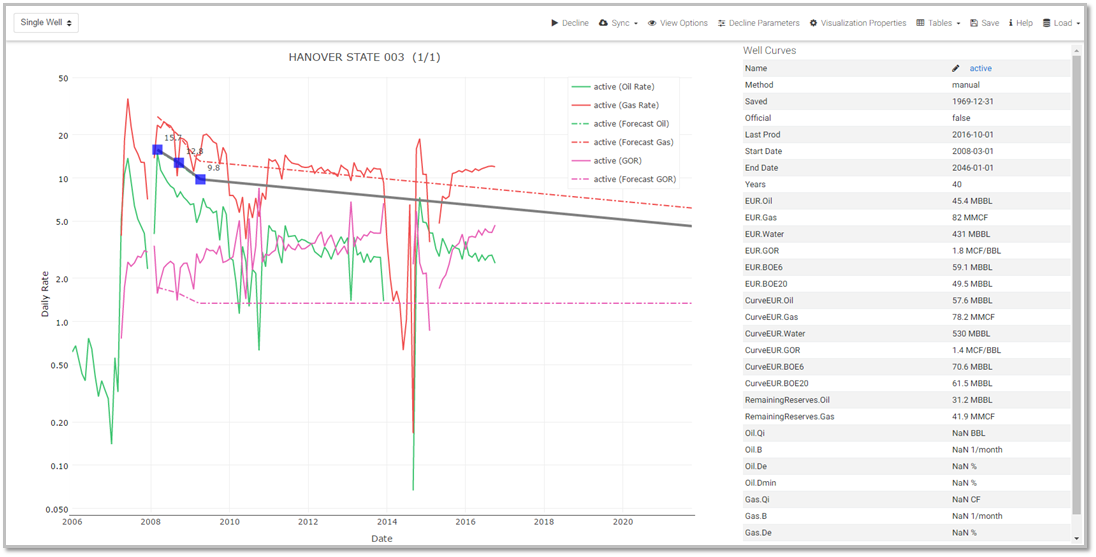 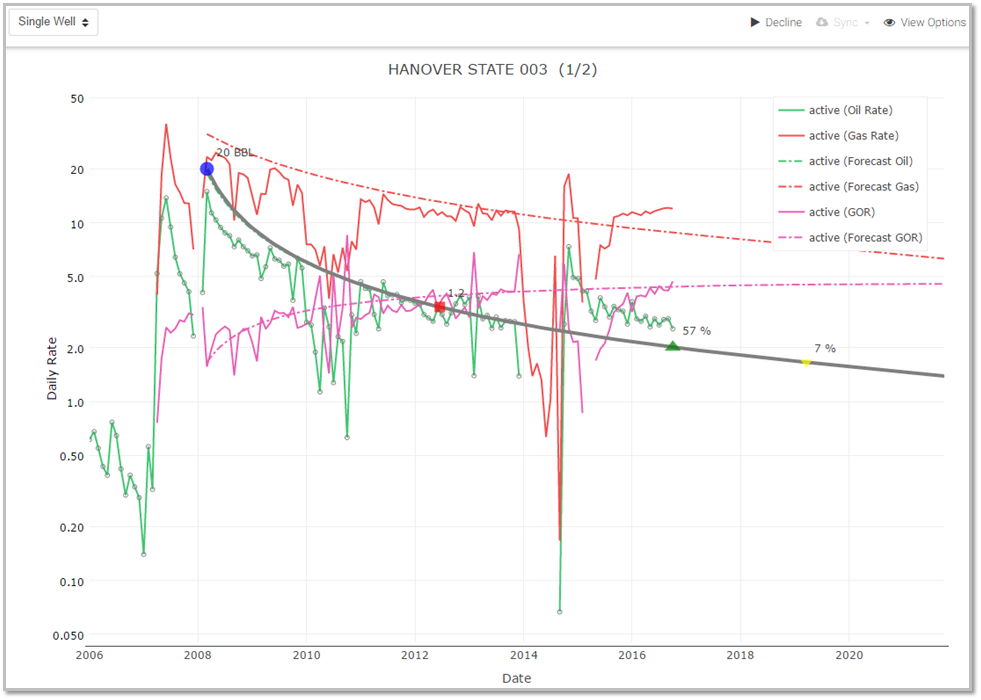 In single well mode, there is a new option to use Lasso Decline.