Problem Solving -- Can't tell where a column came from Print

Column Properties is extremely helpful for assisting the user in figuring out how a DXP file was created.  However, there are a few tips and tricks that can help you better understand where columns originate from.  In the screen shot below, I can see several columns that are listed as Imported.  However, I know that some users use the nomenclature "c." to denote calculate columns, and there are several "c." columns but they say Imported rather than Calculated.  Also, several of them don't have the Origin populated, so it's hard to tell where they originated from.  When you see this -- Imported with no Origin -- these are columns that were created with Transformations.  If you go to Edit, Data Table Properties and hit the Refresh with Prompt button, Spotfire will guide you through the transformations that created these columns.

You can also see these columns being added in the Data Panel Source View.  Open the data panel, click the cog next to the data table name and then click Source view on the far right.  Once the Source view is open, click where you see any added columns.  Scroll through the list, and the transformations should be listed as shown in the example before. 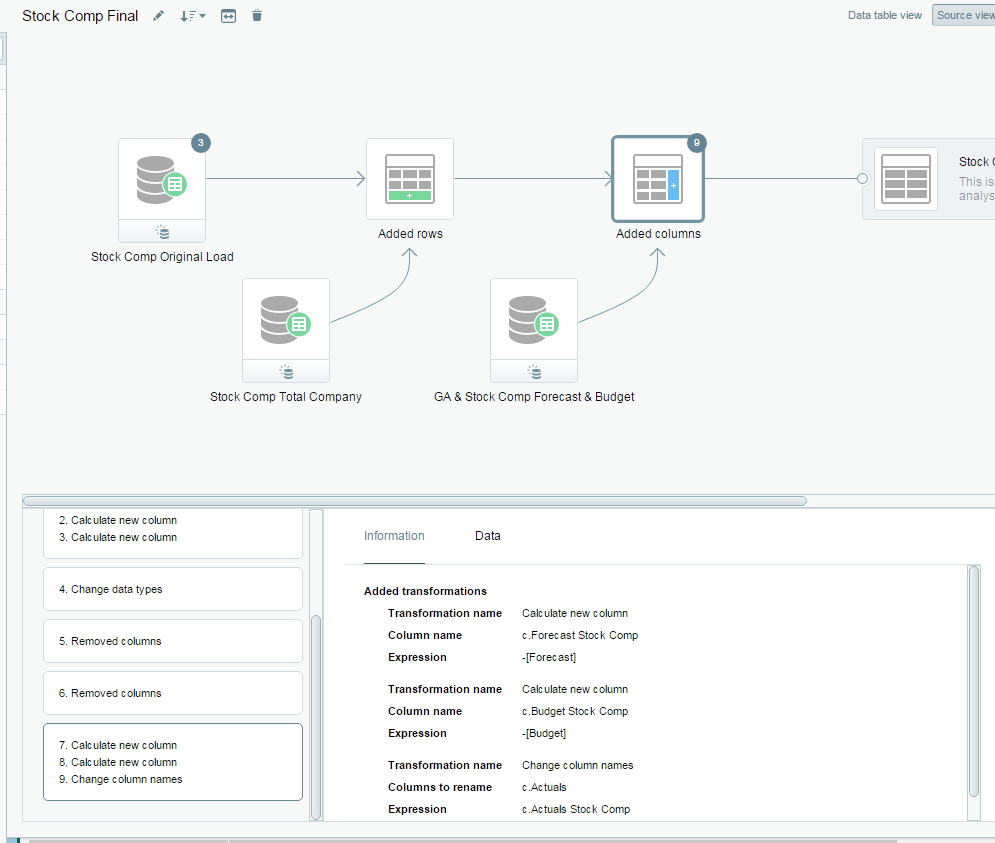